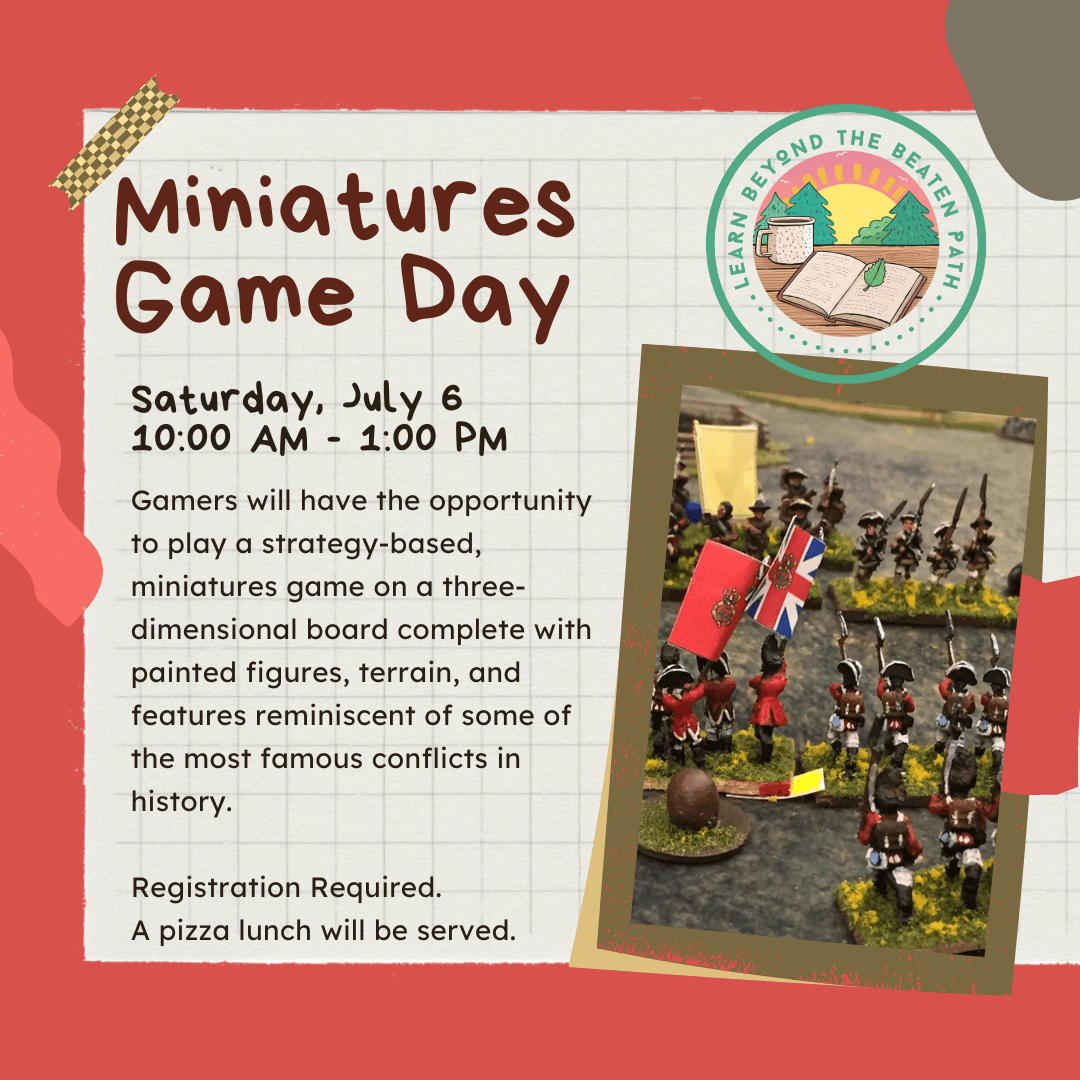 Gamers will have the opportunity to play a strategy-based, miniatures game on a three-dimensional board complete with painted figures, terrain, and features reminiscent of some of the most famous conflicts in history.  The game will be facilitated by the co-founder and director of HMGS Next Gen, Inc., Jared FIshman.   For this session, He is bringing along his popular Redcoats, Rebels, and Redoubts miniatures game, which focuses on the American War of Independence.  Based on the popular “The Sword and the Flame” rules by Larry Brom, “RRR” focuses on fast play, lots of dice rolling, and all the excitement embedded within the tabletop hobby.  Players will learn about the Battle of Freeman’s Farm and play out a part of the engagement that led to American victory and independence from Great Britain.

Pizza lunch will be served